skip to main | skip to sidebar

Life is not all about Real Estate! Let's have Fun! 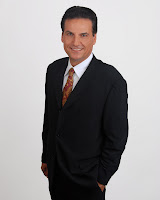 Please relax and have a laughter, don't take life so seriously
1- CIGARETTE: A pinch of tobacco rolled in paper with fire at one end and a fool at the other!

2- MARRIAGE: It's an agreement wherein a man loses his bachelor degree and a woman gains her master!

4- LECTURE: An art of transmitting Information from the notes of the lecturer to the notes of students without passing through the minds of either!

5- CONFERENCE: The confusion of one man multiplied by the number present!

6- COMPROMISE: The art of dividing a cake in such a way that everybody believes he got the biggest piece!

7- TEARS: The hydraulic force by which masculine will power is defeated by feminine water-power!
8- DICTIONARY: A place where divorce comes before marriage!

9- CONFERENCE ROOM: A place where everybody talks, nobody listens and everybody disagrees later on!

10- ECSTASY: A feeling when you feel you are going to feel a feeling you have never felt before!

11- CLASSIC: A book which people praise, but never read!

12- SMILE: A curve that can set a lot of things straight!

13- OFFICE: A place where you can relax after your strenuous home life!

14- YAWN: The only time when some married men ever get to open their mouth!

15- ETC: A sign to make others believe that you know more than you actually do!

16- COMMITTEE: Individuals who can do nothing individually and sit to decide that nothing can be done together!

17- EXPERIENCE: The name men give to their Mistakes!

18- ATOM BOMB: An invention to bring an end to all inventions!

19- PHILOSOPHER: A fool who torments himself during life, to be spoken of when dead!

20- DIPLOMAT: A person who tells you to go to hell in such a way that you actually look forward to the trip!

21- OPPORTUNIST: A person who starts taking bath if he accidentally falls into a river!

22- OPTIMIST: A person who while falling from EIFFEL TOWER says in midway "SEE I AM NOT INJURED YET!"

23- PESSIMIST: A person who says that O is the last letter in ZERO, Instead of the first letter in OPPORTUNITY !

24- MISER: A person who lives poor so that he can die RICH!

25- FATHER: A banker provided by nature!

26- CRIMINAL: A guy no different from the other, unless he gets caught!

28- POLITICIAN: One who shakes your hand before elections and your Confidence Later!

29- DOCTOR: A person who kills your ills by pills, and kills you!

Posted by Moe Navidi at 9:45 AM No comments: